Kolkata, a very old city in North East India, has a long line of famous literary works. One of the things that attracted me was how the stereotypes and social and economic conditions of specific culture and geographical area blend in the fairy tales and folklore. Growing up there as a child, subconsciously, integrated some of those stereotypes in my illustrations as well.

After losing his family and friends a prince is forced to visit a dangerous land as conspired by the demoness queen. There he finds a beautiful princess imprisoned in a castle by a legion of demons. There is a secret way to kill all the demons and rescue the princess. In the early morning when the demons go out to find food, the prince must swim under the lake, catch the multi-headed snake and kill it with a blessed golden scythe from the temple. But as he catches the snake the demons feel something is wrong and they start to fly, run, and crawl in from all directions to stop him. 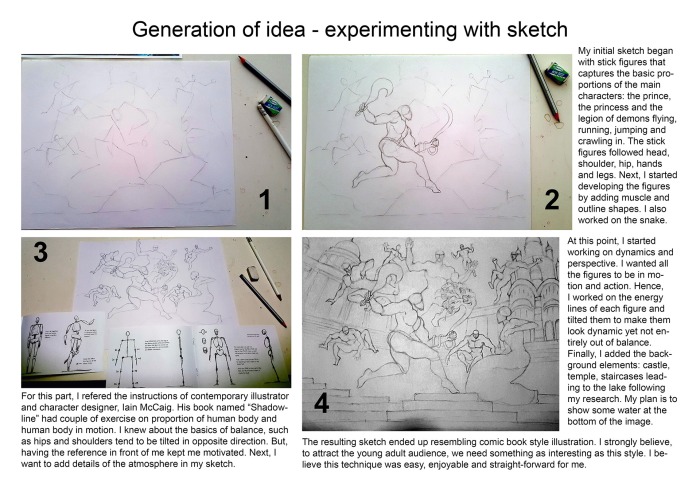 A dark twist – response to the stereotype